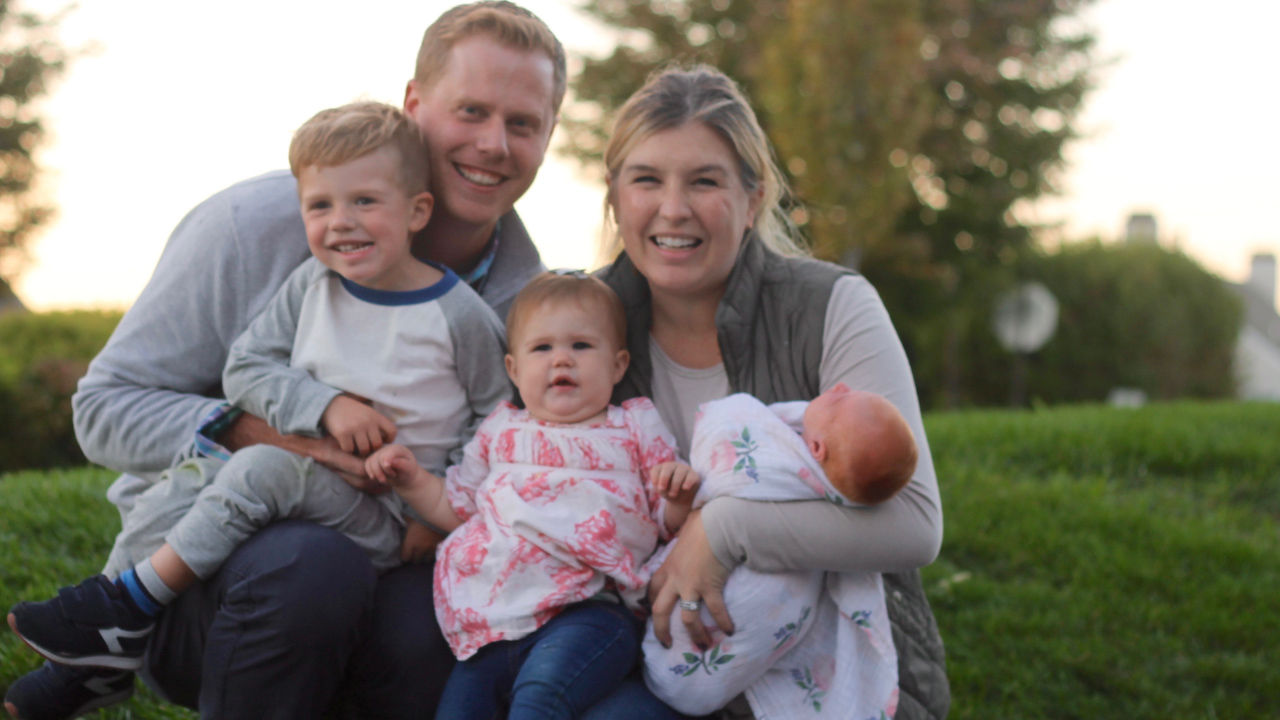 Nikki and Conrad have been married for 8 years and have three adorable children, Elias – age 3 and 9 months, Norah – age 1 and 8 months and Colette – age 10 months.  They have a large family by today’s standards and they told me it has its challenges, but they wouldn’t trade it for the world.  Check out their Family Story video and get to know this wonderful family:

Nikki and Conrad’s Family Story from Your Day Productions on Vimeo.

Such a beautiful moment in the video above was when Elias meets Norah for the first time.  They decided to take the suggestion of a friend and present a gift to Elias and say it was a gift from baby Norah.  After the beautiful moment in the video when he meets her and gives her a kiss, Conrad told me he checked baby Norah out for a couple of minutes and then was right to playing with the bulldozers and trucks that Norah had “given” him.

A great moment was Elias’s first word and it was captured on video – check out the story behind that in this Instagram video:

Interestingly, in their Family Video story above when Elias took his first steps, Nikki pointed out that their friends told them they had actually seen Elias walk first when they were with Elias before that video clip of his ‘first’ steps. We’ll just go with these were his first steps Elias took – at least that Nikki and Conrad saw.

Going anywhere with three kids can be a daunting task as any parent will tell you, but here is a short segment and hear from Nikki what a trip to Target is like:

Getting to know this family better was a great pleasure – they’re obviously great parents and have been blessed with a truly wonderful family.