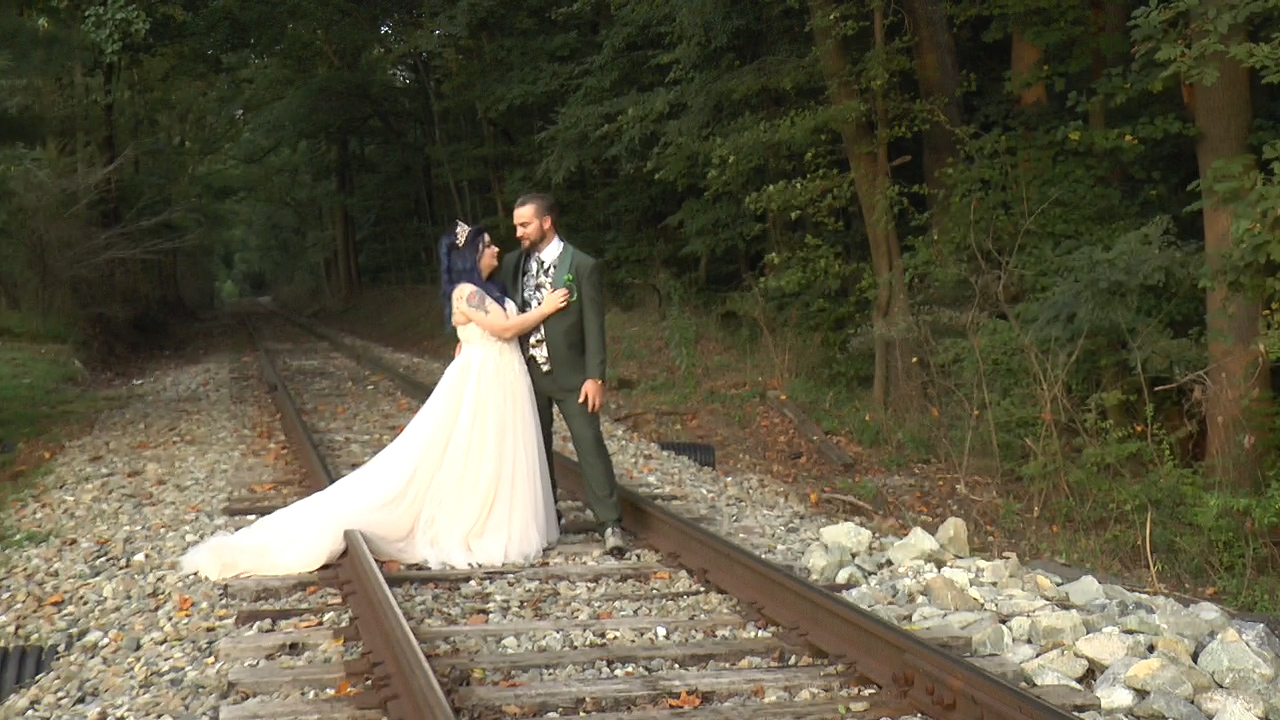 If anyone knows anything about how J.K. Rowling started writing the Harry Potter series, she wrote the first three chapters of the Philosopher’s Stone on napkins at a cafe she frequented. This blog post wasn’t written on napkins, but it’s being written with the same admiration as J.K. Rowling had for her characters. Anthony and Brie were such a wonderful couple to spend a day with. With a Harry Potter theme, the only thing that was missing was the Hogwarts Express. Nevertheless, we still worked in some railroad tracks. The Mendenhall Inn was a perfect setting for this magical day. Check out some highlights of the magical wedding.

I’ve shot literally hundreds of weddings and the bouquet and garter toss has one of two reactions. Sometimes they come across as awkward or unplanned. Not sure if this was the plan for this one, but it went off spectacularly due to the colorful characters involved.

While growing up, whenever my family attended a wedding, if Three Dog Night’s “Joy to the World” came on, my dad could literally break the dance floor. When the DJ from Gaittins Entertainment said “this is a special song,” I didn’t know what to expect. What happened on the dance floor next was nothing short of spectacular.

Overall this was a magical day to say the least. The sorting hat put me in Gryffindor which by all accounts was wrong since I speak a fluent parseltongue. But all in all this was a ton of fun. Congrats to Brie and Anthony!!!